November 6, 2016 Posted in US Sportsbooks Sites News by Hannah N • No Comments 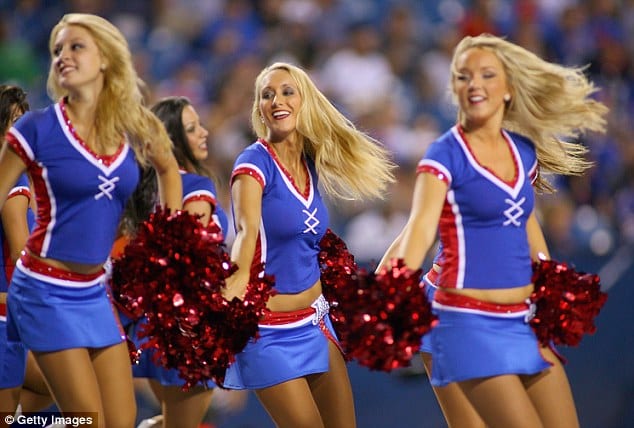 The Seattle Seahawks have battled a lot of things this season, with injuries one of the major parts of the story. On Monday night they will have an opportunity to build on their NFC West lead, and bounce back for non-victories in their last two contests, as they play host to the Buffalo Bills in a game that will begin at 8:30 PM ET at CenturyLink Field. Of course, if it’s Monday night, that means ESPN televises it, and BetAnySports Asian American Sportsbook online patrons, who enjoy great Asian casino action and hopefully have come off a winning week at the Breeders’ Cup in the racebook, will have a chance to place wagers even after the opening kickoff through the wonders of Live Betting Ultra.

Seattle suffered a tough loss last weekend at New Orleans, and were arguably victimized by some bad officiating. The week before, they struggled to a 6-6 tie against the Arizona Cardinals, and they received a gift when Arizona kicker Chris Catanzaro missed a chip shot field goal that could have won it in regulation. So it’s not as if they have been playing well lately. Russell Wilson has been bothered by injuries to his ankle and knee, and at least for the moment, he is not as mobile as he used to be. You can imagine that Rex Ryan’s defense will be aggressive in going after him, especially since the Seattle offensive line situation is not all that solid. As we write this, left tackle Bradley Sowell was unlikely to make the start, making the unit even shakier.

On defense, there could be a couple of notable absences. Michael Bennett, the All-Pro defensive end, is definitely out for the next two or three weeks, as he has undergone arthroscopic surgery on his knee, Kam Chancellor has missed three games with a groin injury, and at last look Pete Carroll, the head coach, was hopeful about having him in the lineup. Chancellor, of course, is one of the hardest-hitting safeties in the NFL, so his presence always makes a difference. On the offensive side, the Seahawks will have to wait at least a week or two before Thomas Rawls, who was there leading running back last season, is in game shape, as he has recovered from his leg injury.

BetAnySports customers who have watched the Bills closely the season know that the defensive unit appears to have come around a little, although it is critical to mention that the last three games Buffalo has won, they have gone up against quarterbacks who were certainly not “first-tier.” Were talking about Jacoby Brissett, Case Keenum and Colin Kaepernick. They obviously are encountering someone much sharper in Wilson. On offense, they made a change at the coordinator position, as Ryan fired Greg Roman and replaced him with Anthony Lynn. Then when proceeded to streamline the playbook, getting back to basics and emphasizing the ground attack. That met with success, as long as Shady McCoy was able to be healthy and in the lineup. But he’s had a hamstring bothering him, and there was some doubt as to whether he could make it into the lineup here. Ryan was optimistic that he could play. In his place last time out against New England, Mike Gillislee ran for 85 yards. But the Bills have had a difficult time stopping the run, especially against Miami two weeks ago, when Jay Ajayi rambled for over 200 yards.

You can sign up with BetAnySports in time for Monday night football betting action, and you’ll get reduced juice on the game, plus the opportunity to place your wagers after the game kicks off with the state-of-the-art online bookie software provided by Live Betting Ultra…… Remember always that you’ve got a lot of other products to take advantage of, including Asian action, with three no-download options, and when it comes to opening an account, you can do it with your Visa card, person-to-person transfers or the virtual currency of Bitcoin! Top

Tagged with: NFL • Online Sportsbooks • USA Online Gambling • Where Can I Bet Online