October 28, 2016 Posted in US Sportsbooks Sites News by Hannah N • No Comments 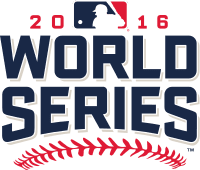 The Chicago Cubs really got a clutch performance out of Jake Arrieta, the reigning National League Cy Young Award winner, in Wednesday’s game at Progressive Field in Cleveland. Arrieta took a no-hitter into the sixth inning, and he allowed for the Cubs to get enough of a cushion so that they could even up the series at a game apiece. Now all they have to do to win their first world championship since 1908 is to win three out of five games, and they have three games upcoming at Wrigley field. The weather is going to be an interesting proposition here, as it is supposedly blowing out toward the bleachers, and it will be anywhere from 20 to 40 miles an hour, depending on the time. Pay Per Head Guide & BetAnySports customers, who also love the no-download action in the Asian casino, can place wagers on this game even after the first pitch is thrown, as they take advantage of what Live Betting Ultra has to offer.

Generally, the wind situation is something that would play to the Cleveland Indians’ great disadvantage, because they have Josh Tomlin on the mound. And Tomlin gave up the third-highest number of home runs in the major leagues this season (36). With a 4.40 ERA, he is hardly considered a “stopper.” So you really have to be wondering about what Terry Francona was thinking in making up this pitching rotation. But Tomlin has been pretty stingy when it comes to round-trippers lately, giving up only one in his last 37 1/3 innings. He has worked very hard with the pitching coach on correcting a few problems.

As BetAnySports patrons probably know, one of those problems is NOT control. Tomlin is one of the best there is at keeping the ball in the strike zone, as he allowed fewer walks per nine innings than anyone, and consequently had the second-best strikeout-to-walk ratio in the majors. So maybe his appearance will be of some benefit to the Tribe in this game.

Remember that they will have the availability of Andrew Miller, who put in extended duty in Tuesday’s Game 1, throwing 46 pitches, the highest pitch count he’s reached all season. And Francona likes to think that Danny Salazar, who made a brief appearance in Wednesday’s game, can be effective out of the bullpen, even though he had never pitched in that role before. What he is going to have to decide is how to use Carlos Santana, who has been most accustomed to the designated hitter spot. Santana can’t do that at Wrigley Field, of course, so he may have to go into left field, which he has played only once in his major league career. Santana’s bat is important to Cleveland; he hit 34 home runs to tie for the team lead with Mike Napoli. Of course, the flipside is that he is hitting just .143 in the post-season.

And what happened to the Indians being aggressive on the base paths? They are not doing that, with just one stolen base in the first two games. Of course, it doesn’t help when your top base-stealer, Rajai Davis, has just one hit in the entire post-season. That guy is critical, because he stole 43 bases in 49 attempts. Has Francona given up on that strategy because of it? Kyle Hendricks, the major league ERA leader, has allowed 13 of 17 would-be base-stealers to be successful. So the opening would be there.That is, IF they can get on base; Hendricks had a 1.32 ERA at Wirgley Field this season.

Remember to come to BetAnySports for the best World Series betting odds you can get anywhere, and that includes reduced juice wagering, which tightens up the line quite a bit…… There are plenty of things to do, including a racebook, world-class poker room and all the no-download Asian casino action you can handle…… There are plenty of ways to get involved, and one of them is through the virtual currency of Bitcoin, which provides for a lot of privacy and confidentiality, and never carries a transaction fee! Top

Tagged with: USA Online Casinos • USA Online Gambling • Where Can I Bet Online

Sign Up & We’ll Send You Your Free ​Bet Offers Instantly