October 15, 2016 Posted in US Sportsbooks Sites News by Hannah N • No Comments 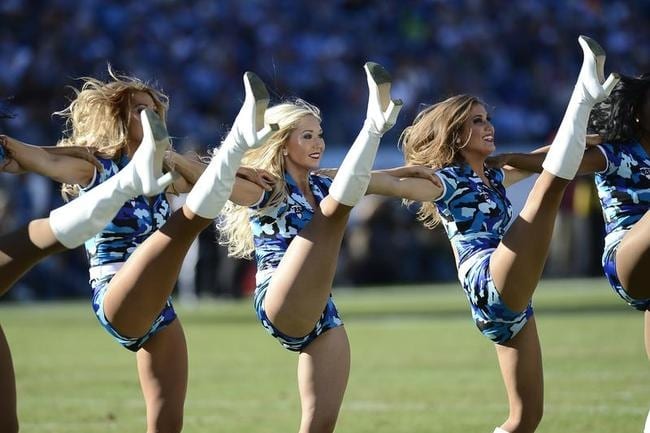 The Tennessee Titans could not have drawn up a script any better than what happened to them last Sunday against the Miami Dolphins. They stopped the Miami offense cold, and played keep-away with the football. Can they do the same again this week? Well, they line up against the Cleveland Browns, where they have been playing musical chairs with quarterbacks and may do so again this week. This game is set to begin at 1 PM ET at Nissan Stadium in Nashville, and while it is being televised live by CBS on a regional basis, BetAnySports customers, who have the option of depositing into their accounts using Bitcoin, will have the opportunity to take advantage of the liveliest in-game wagering available, through the state-of-the-art online bookie software from Live Betting Ultra. And then, after the games are over, they can get in on all the Asian casino action that they don’t even have to download!

Cleveland had the misfortune of being the opponent last week as Tom Brady came back to action for the New England Patriots. Brady shredded the Cleveland secondary for 406 yards, and the Patriots coasted to a 33-13 victory. In the process of that defeat, Cody Kessler went down with a rib injury, which left the offense in the hands of 11-year veteran Charlie Whitehurst, otherwise known as “Clipboard Jesus,” owing to his long hair and beard. Whitehurst did the best he could, throwing for 182 yards, but it was clear things became a disaster area.

Now Whitehurst has been given his release, with a medical settlement since he suffered a knee injury in the game, and the Browns hope that Kessler will have recovered enough to take his position under center again. If the USC rookie can’t make it, then they will go with second-year man Kevin Hogan, who played quarterback at Stanford.

Is certainly a relief for the Browns that they won’t have to deal with somebody like Brady this week, but if Tennessee’s performance against Miami last week was any indication, the “exotic smashmouth” attack that Titans’ coach Mike Mularkey had envisioned at the start of training camp is going to be a handful. Tennessee had the ball for almost 37 minutes last weekend at Hard Rock Stadium, and had 235 yards on the ground. This included 121 from DeMarco Murray and 60 more from Marcus Mariota, who also added 163 yards through the air. The Titans took advantage of a Miami defensive line that appeared to be asleep, but also a Dolphin offensive front that was missing two key members. So they sacked Ryan Tannehill six times. This actually is not a bad sign as they go up against whichever inexperienced quarterback Cleveland wants to put in there.

BetAnySports patrons know that Cleveland is going to have to establish a running game. Isaiah Crowell well went into last week’s action as a leading rusher in the AFC, but he managed only 22 yards on 13 carries against New England, as the Browns had to play catch-up during the entire second half. We can envision head coach Hue Jackson trying to use some deception here, which might involve wildcat-type formations with Terrelle Pryor taking snaps. Obviously something has to be done to spice up this Cleveland attack.

But there is some faith in Kessler, who ran a pro-style offense at USC and is relatively accurate, even if he does not have the most powerful arm available. NFL bettors should take note that Tennessee has covered only five out of their last 26 home games. That means something when you are laying this kind of number.

And speaking of numbers, BetAnySports helps you tip the scales in your favor, with reduced juice wagering, allowing you to avoid laying the customary -110 against the NFL betting odds….Asian casino action is there with three excellent, no-download options, including the Bonus Casino……..Also, you are cordially invited to use the virtual currency of Bitcoin for your transactions, with a reminder that there is no fee attached, the limits are higher, and it is fast and easy with their automated system! Top