September 23, 2016 Posted in US Sportsbooks Sites News by Hannah N • No Comments

The Atlanta Falcons were looking for a way to stop the bleeding, and they did so with a very important road victory at Oakland last week. That was quite a relief, but they get themselves into a position where once again they may have to win under shootout conditions, as they have to take on the New Orleans Saints, looking for their first victory and anxious to get some points on the board after a struggle last week. These teams will meet up in the Monday night football matchup taking place at the Superdome in the Big Easy, with kickoff scheduled for 8:30 PM ET. ESPN will televise the game live, and BetAnySports customers, who can use Bitcoin for all transactions and enjoying no-download Asian casino action, also possess the ability to wager on the game as it is happening, using real-time odds, with the state-of-the-art software provided through Live Betting Ultra.

The Falcons, who got off to a very fast start in Dan Quinn’s first season last year, then collapsed in the second half of the campaign, have lost eight of their last 10 contests, including a home defeat to the Tampa Bay Buccaneers in the 2016 season opener, before going to the Coliseum and registering a 35-28 victory last week. Matt Ryan threw for 396 yards and three touchdowns, and Atlanta was very proficient in the red zone, scoring touchdowns on their last three trips there.

The Saints had a real back-and-forth affair with the Raiders, which did not go as planned, as they surrendered a late touchdown and then a two-point conversion in a thrilling 35-34 defeat to open up their season on home turf. BetAnySports patrons and Bitcoin sports book customers saw very familiar sight there, as Drew Brees registered his 14th career 400-yard game, but Brees quieted down the next week against the New York Giants and their revitalized defense, with a 16-13 loss at the Meadowlands.

When it comes to weapons, it’s kind of difficult to determine who has the real edge here. Brees is the more accomplished passer over the course of his career, although Ryan has always been known to put up good numbers and is completing almost 73% of his passes in the first two games. The best wide receiver on the field is Julio Jones, averaging 19 yards a catch, but the Saints have two wideouts – Willie Snead and Brandin Cooks – who both have over 200 yards in receptions. It is probably true that Atlanta has the edge in the running game, but history would seem to be on New Orleans’ side. The Saints have won 15 of their 20 games against Atlanta since Sean Payton became the head coach. And Brees has had 13 games in which he has passed for over 300 yards on Monday Night Football.

What can the Saints get out of Mark Ingram? He made the Pro Bowl a couple of seasons ago as an injury substitute, but the Heisman Trophy winner has not exactly provided the balance is team was looking for. New Orleans has had 86 passing plays and only 35 runs from scrimmage, and although evening that out is not a real possibility, they would still like to be able to take some pressure off their quarterback.

BetAnySports offers one of the best Asian casino experiences in the world, with three no-download outlets and a lot of great specials, and in the pay per head sportsbook things really get cooking, as reduced juice wagering gives customers an awful lot of value. There are great prices on exotic bets like parlays and teasers, and Live Betting Ultra offers the capability of wagering on these games in real time. Customers can make their deposits in a number of different ways, including their Visa card, person-to-person transfers or the virtual currency of Bitcoin! Top 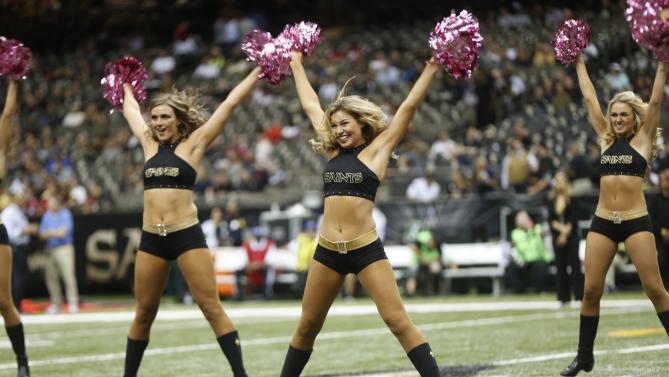