September 17, 2016 Posted in US Sportsbooks Sites News by Hannah N • No Comments

One of the players who was much talked about last week in the NFL was rookie quarterback Carson Wentz, who was put into a situation that was not really expected a couple of weeks before. Wentz was supposed to be sitting and learning the NFL game and the Philadelphia Eagles’ offense, while Sam Bradford was the veteran warming the seat under center. But all of a sudden, Teddy Bridgewater got injured in Minnesota, and the Vikings made the Eagles an offer of a first and fourth-round draft pick to pry Bradford away. Upon further review, the Eagles’ management decided that Wentz would be able to handle the burden of starting in the NFL right now, and he made his debut against the Cleveland Browns in very successful fashion last week.

Now Wentz will go on the road for a start on a bigger stage, as he leads the Eagles into Monday night football action against the Chicago Bears at Soldier Field, with a scheduled kickoff of 8:30 PM ET. ESPN will televise the game live, and BetAnySports customers can watch the game and place real-time wagers while the contest is in progress, using the state-of-the-art software provided by Live Betting Ultra. They have a great overall experience, because they can enjoy tremendous free play bonuses, no-download Asian casino action, deposits in Bitcoin and reduced juice on their Monday night football odds.

It helps if you can have some weaponry around you, and Wentz benefited by nice efforts on the part of the Matthews boys, who are not related to each other. Ryan, the running back, had 77 yards on the ground and a touchdown, while Jordan, a wide receiver, caught seven passes for 114 yards and also scored. BetAnySports patrons know that not only are the Eagles adjusting to a new quarterback, they are adjusting to a new system; after three years in Chip Kelly’s hurry-up spread offense, they are moving to a more conventional pro-style alignment, with Doug Pederson bringing his West Coast approach to the City of Brotherly Love.

Philadelphia controlled the ball for more than 39 minutes against the Cleveland Browns in the season opener, and a lot of that was due to how quickly the rookie adjusted. Wentz was probably better equipped to step in sooner than the #1 overall pick in the draft, Jared Goff of the Los Angeles Rams, because even though he played at the FCS (or Division 1-AA) level, he was in a pro system, and he made a lot of audibles at the line of scrimmage.

Chicago has a better defense than Cleveland, so this is more of a challenge. The Bears lost in Houston 23-14, but held the Texans to just 4.8 yards per play. But if the Eagles’ defense can put in another nice performance, it will give Wentz better feel position to operate from. Jim Schwartz has this stop unit doing a lot of different things, and they certainly will get some pressure on Jay Cutler, who was hit 13 times last week in Houston.

Make sure you position yourself the right way by opening up an account with BetAnySports Asian casino in advance of Monday night football betting action. Monday Night Football Matchup: Philadelphia Eagles at Chicago BearsYou’ll get reduced juice, so that you can avoid laying the customary 11-to-10, and of course, Live Betting Ultra keeps you involved the whole night with real-time wagering. You can enjoy a lot of other things, including the no-download Asian casino and world-class poker room, and there are plenty payment options, including your Visa card, person-to-person transfers and the virtual currency of Bitcoin. So there is simply no reason not to come aboard! 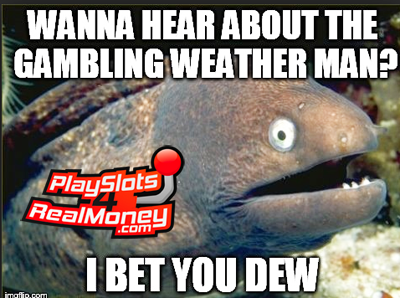