Where Can I Bet The Final Four North Carolina Tar Heels vs. Syracuse Orange?

April 3, 2016 Posted in US Sportsbooks Sites News by Hannah N • No Comments

There are surprises every year what it comes the NCAA Tournament, but there really can’t be any bigger surprise than the Syracuse Orange, who, in the opinion of many, should not have been in the Big Dance to begin with, but have now advanced all the way to the Final Four. Now they will have a chance to make this an even more unlikely story as they go up against the heavily-favored North Carolina Tar Heels in the second of the two semi-final matchups, starting at approximately 8:45 PM ET at NRG Stadium in Houston. If you are a customer at BetAnySports USA online casino , you can actually place wagers after the game tips off, with real-time odds provided by Live Betting Extra.

BetAnySports Sportsbook offers great deposit options, including Bitcoin, and they have the liveliest in-game betting available anywhere…..Get on board for the Final Four! 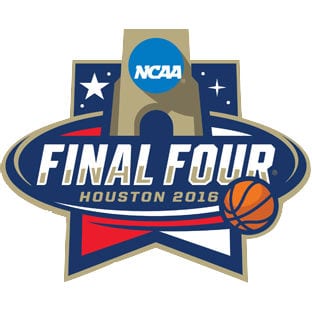 Syracuse lost five of its last six games, bringing its total to 13 defeats, and some of the people analyzing the brackets were projecting that they might not get an invitation. But they did, while other schools complained. Well, they have done nothing but demonstrate that they deserve to be there. Easy wins over Dayton and Middle Tennessee were followed by come-from-behind efforts against Gonzaga and Virginia, the latter of which was the product of a comeback from a 16-point deficit in the second half. Those basketball bettors who watched that game saw that the Orange decided to employ some additional pressing techniques to speed the game up, and that made Virginia rather uncomfortable. That will be the case with North Carolina, which has averaged 89 points per game in this tournament. The Tar Heels, as always, are very athletic, and of course they are led by Roy Williams, who is in his eighth Final Four, with championships in 2005 in 2009.

Jim Boeheim, the Syracuse coach, is appearing in his fifth Final Four, and he won the championship in 2003 with Carmelo Anthony as his star. Much like that year, Syracuse continued to get better and better in employing their matchup zone, a defensive strategy that, if successful, forces the other team to shoot from the outside more than they intend to do. Syracuse can execute this matchup zone, it could put them at an advantage, because North Carolina has not been a very good team shooting from three-point range. Sure, they can get hot every once in a while, like they did against Indiana, when they hit 11 of 20 triples, but on the season they are just 32% accurate. So it is obvious what Syracuse wants to do. What they DON’T want to do is allow North Carolina to get second chances. BetAnySports Bitcoin gambling patrons who follow the NCAA stats know that the Tar Heels are seventh in the nation in offensive rebounding. And they have some very efficient people on the inside, like Isaiah Hicks (who had 21 points in a previous meeting between these two) and Brice Johnson, who is a first-team All-American.

Both of these teams have covered seven of their last eight games. They have met twice this season, with the Tar Heels winning both games. In the first one they shot 52.5% and did some business on the inside, although it was pretty close with about three minutes to go. In the second game, which was held in the Carrier Dome in Syracuse, North Carolina never really shook the Orange loose, winning a 75-70 decision. The point is, Syracuse was not embarrassed in either of these meetings. And they held North Carolina to 24% shooting from beyond the three-point arc. They would love to see that same level of accuracy in this one, and in fact, that is really their best ticket to the national championship game.

BetAnySports offers great deposit options, including Bitcoin, and they have the liveliest in-game betting available anywhere…..Get on board for the Final Four! Top