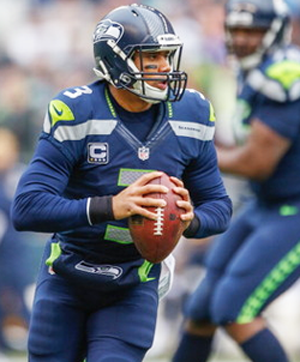 This is yet another test for the Arizona Cardinals, who have passed almost all of them this season. When you’ve got a 9-1 straight-up record, and have beaten the likes of Detroit, Dallas, Philadelphia, San Francisco and San Diego, you are unquestionably legitimate. And any questions about whether the Cardinals will stumble just because they’re going to Seattle have already been answered. Last season, as Arizona was on its way to a 10-6 record, the Cards play the Seahawks at CenturyLink Field, and did a great job against Russell Wilson, holding him to 89 passing yards. On the afternoon, Seattle that only ten first downs and 10 points.

BetAnySports 2015 Sportsbooks customers recognize that Arizona has been very good at covering numbers; in fact, in their last 19 games, they are 15-3-1 against the football betting odds. And they have done it exercising great fundamentals. This has been a very efficient defensive team, giving up just 1.44 points per drive, which is second best in the NFL. And they have committed only eight turnovers. The secondary, which is anchored by cornerbacks Patrick Peterson and Antonio Cromartie, has intercepted 15 passes.

If the Cardinals are going to have problems, it will be their ability to move the ball with consistency. They haven’t really had a formidable ground attack all season long. Andre Ellington is capable of big plays on occasion, but this team is averaging only 3.1 yards per attempt. And of course, Drew Stanton is the quarterback now, in place of the injured Carson Palmer. Stanton had a pretty good day against a strong Detroit defense last week, with 306 yards. Meanwhile, football bettors need to take note that Seattle’s running game, which has averaged 5.5 yards a carry, may not be the same, as center Max Unger, who anchors the offensive line, is out of action. Don’t underestimate that effect.

BetAnySports patrons might be wondering when they are going to see the same Seattle team that literally chewed teams up and spit them out last season on the road to a Super Bowl victory. They have all the basic rudiments in place, and have done a pretty good job of keeping turnovers down themselves, but they just haven’t been able to dominate opponents over the course of 60 minutes. You might call them and under-achieving group, and on Sunday they will be facing an opponent that is anything but that.

BetAnySports Asian Bookies is the place to be when it comes to serious football betting action, allowing reduced juice wagering, as well as Dynamic Lines so that you can pick your numbers. Also, you can deposit into your account using Bitcoin. That’s too much to pass up! Top