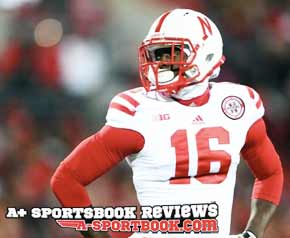 The Nebraska Cornhuskers are undefeated, although there is still some skepticism out there about what they have done. On Saturday night they will play host to the Miami Hurricanes in NCAA football betting action that is set to get underway at 8 PM ET at Memorial Stadium in Lincoln, NE.

Nebraska has scored one-sided victories against both Florida Atlantic and Fresno State. What happened in between is what has caused some worries among BetAnySports observers. They were deadlocked in a 24-24 tie with McNeese State, an FCS entry (that means they don’t play major college football) when Ameer Abdullah, who is one of the top running backs in the country, executed a sensational catch-and-run that bailed the Huskers out and helped them avoid embarrassment.

Miami is a team that is trying to climb back from the probation that subtracted scholarships. Last season this team got off to a 7-0 start, and then the opposition became very real. They soon disappeared from the national rankings. This season they are playing tough teams a little earlier. Miami lost 31-13 to Louisville in the opener, then, after a near-exhibition against Florida A&M, the ‘Canes beat Arkansas State 41-20, in the process covering the football pointspread.

In the college football betting odds that are posted at BetAnySports on this game, the Huskers are laying points on their home field:

If you’re not taking advantage of reduced juice and Live Betting Extra at BetAnySports A + Sportsbooks, you are really missing something!

Nebraska is averaging 324 yards a game on the ground, and through we understand that this is a reflection on the quality of the opposition, you can’t discount the abilities of Abdullah, who is averaging 6.9 yards a pop after rambling for 1690 yards last season. But Miami brings its own stud runner to the table in Duke Johnson, who has always been an explosion waiting to happen, and has tallied 6.4 yards per attempt.

Because of injuries and suspensions, freshman quarterback Brad Kaaya has been pressed into service by Miami, and as BetAnySports customers are aware, that is a daunting task. But Kaaya is developing; against Arkansas State he had 342 yards passing, and this game in a truly hostile environment in Lincoln is going to provide an excellent barometer as to exactly where he stands right now.

Sharp football bettors know that Kaaya is probably a better pure passer than Nebraska’s Tommy Armstrong, who is more of a playmaker with his legs. The Cornhusker running game is going to have to get itself going for Armstrong to achieve maximum effectiveness, and the ‘Canes have a rock-ribbed front line, or so it appears, as they have allowed just two yards a carry. But Armstrong has at least minimized his mistakes, as he has thrown just one interception against seven TD throws. Follow Charles Jay Google +.  Top